Erasing A Troubled Past: Expunction & Nondisclosure 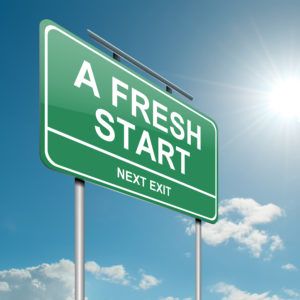 Voluntarily pleading or being found guilty by a jury, or even just being arrested, typically has a lasting effect that reaches beyond what the defendant sees as the end of the criminal matter. Those with an arrest or criminal record often have difficulty engaging in commonplace activities, such as securing a job or receiving a bank loan. However, relatively recent changes in Texas law have lowered the bar for defendants whose offenses occurred on or after September 1, 2015, making it easier for these individuals to either remove these facts from the public record. Under the new law, the eligibility of those entitled to such protection is expanded, allowing more Texas residents to avoid the adverse consequences of a debilitating criminal history.

Perhaps the greatest change in this area of law is that the statute now allows first-time offenders to have their criminal record sealed, even following a conviction. Government Code §411.073 and §411.0735 allow eligibility for “nondisclosure” in community supervision cases and jail time cases, respectively. Nondisclosure in Texas will result in records of your arrest and disposition of your case to be sealed from everyone except government agencies and enable you to avoid disclosure on job/loan applications and the like.  With a few exceptions (usually offenses involving intoxication or engaging in organized crime), first-time offenders who receive a discharge and dismissal following their sentence (either on probation or in jail) can now file for nondisclosure.

Individuals who are not first-time offenders may still be eligible to receive an order of nondisclosure under Standard Deferred Nondisclosures category of the law if the offense in question occurred after 9/1/2015 though, for certain crimes, the petitioner must wait a certain amount of time before filing for nondisclosure (usually 2-5 years).  The changes to this area of law have made it possible for more people to seal their criminal records, making sure that third parties, especially future employers, are not given access to a list of past offenses.

Some individuals may be entitled to a full-fledged expunction of his/her arrest records, where there was an acquittal or no further prosecution followed the arrest.  In such cases, records are completely wiped from the record, even those kept by law enforcement agencies.   At Mitchell and Jones, we are committed to ensuring that past mistakes don’t define your future.   If you are in need of nondisclosure or expunction, give us a call today.

By mitchelllujanlaw | Published August 15, 2018 | Posted in Uncategorized | Comments Off on Erasing A Troubled Past: Expunction & Nondisclosure